How to make money from your tiny podcast

If you're looking to earn an income from a podcast with smaller download numbers, here's what's worked for me.

Background -- my podcasts (MegaMaker, Product People) focus on a very specific niche. They're for software developers, designers, and other makers who want to launch their own software products.

How many of my listeners might support my show?

One way to determine this is to figure out the amount of "purchasing intent" your listeners have.

For example, the book I just released had an email list where people get notified about the launch. Here's what the math looks like:

Now, let's compare that conversion rate to my overall list: 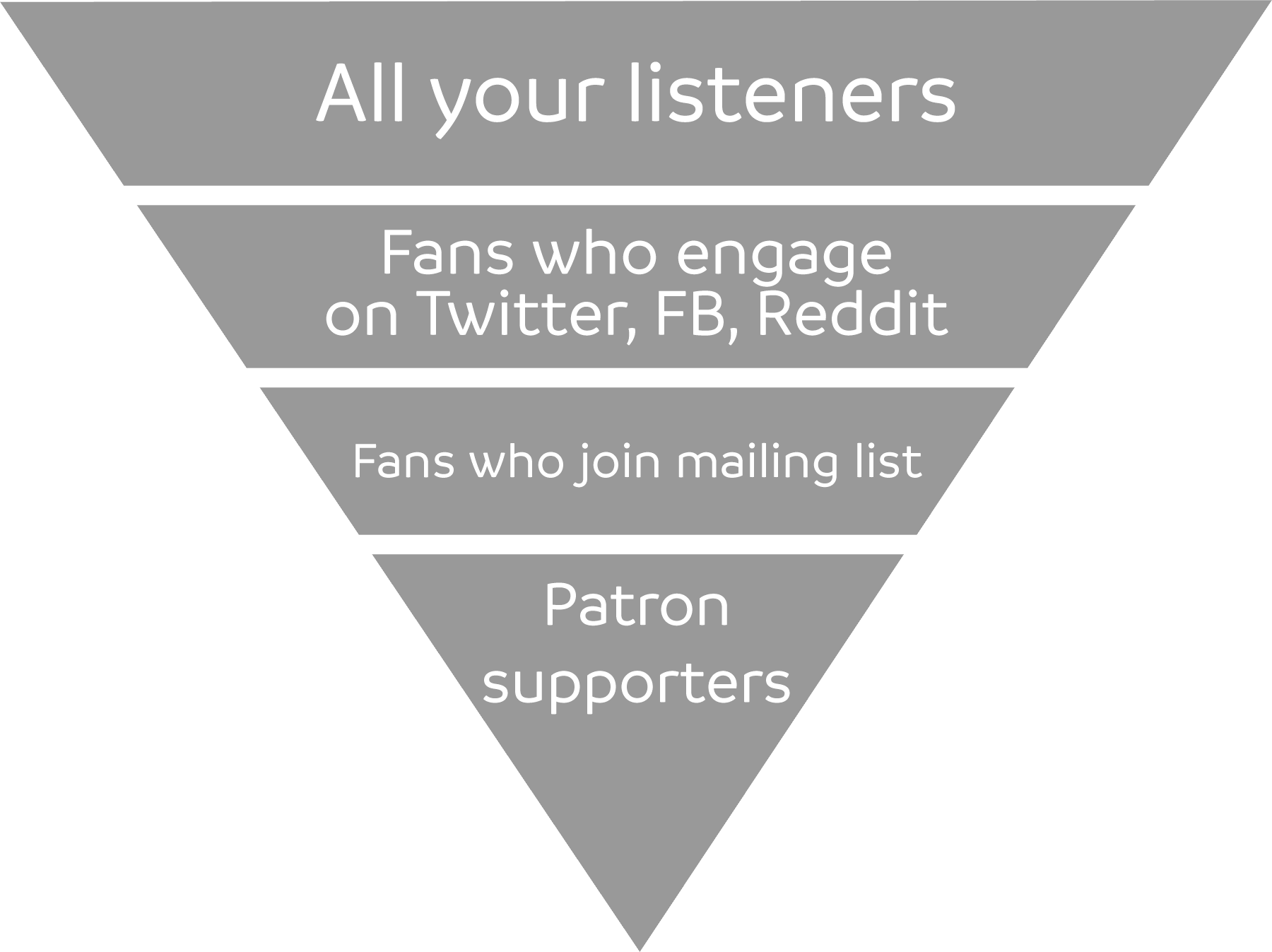 I'm worried about damaging the goodwill I've built up with my audience. If I ask them for their support, won't I lose their trust?

Here's a quick example: I recently got into Iron Maiden. I wasn't allowed to listen to them in the '80s, but now as a 30-something year old man, I was curious. At first, I just listened on Spotify for free. Then I started buying their albums on iTunes. Then I ordered t-shirts.

I'd spent probably $100 on Maiden stuff when I got an email from Iron Maiden asking me to pay $117.86 for concert tickets.

Iron Maiden isn't worried about damaging their goodwill when they email me. They know they've earned my trust. Even though $117.86 is a ridiculous amount to pay, I did it gladly.

Sometimes as creatives, we're too worried about the trolls. For sure there were a few metal heads that said: "Maiden sucks! I'd never pay that kind of money for a show." But for every one of them, there were thousands of people that were like: "YES! I'll pay anything!"

In what ways can a small podcast earn revenue?

There are other models I've seen work as well:

Have you seen anything else that's worked? Let me know on Twitter.