I wasted 4 years of my life doing this

As a teenager, I was obsessed with the idea of having my own business.

Four years later I graduated with a Bachelor's degree. I had the credentials. I had a basic understanding of accounting, statistics, marketing, and management.

But there was one thing I didn’t know: how do you come up with a product idea that people will pay for?

That question hounded me.

The problem was, my professors at university were theoretical, but business is almost all practical. To understand it, you have to do it.

So my first step was to try to do it.

One of my early ideas was to build a CRM for non-profits. I was a manager for a charity, so it seemed like a good fit. I worked on it nights and weekends. It took me months to finish. I went to a tradeshow with a stack of CD-ROMs (yes, I’m that old) and demoed it for whoever would listen. I sold one copy for $20.

I had a university education in business, but I didn’t understand how business worked.

I got a call from a guy named Gregg. He wanted to hire me to work at his startup. Gregg was a practitioner. My first day on the job, he handed me a list of leads and asked me to call them on the phone.

“The phone is how we make all of our money,” he said, “call the leads.”

I learned a lot from Gregg, in a relatively short period. He could teach me something, and I could apply it the same day.

Then he introduced me to a book called Getting Real by two guys who had started a company called Basecamp. I read the whole thing that day.

I realized that the key to studying business was to learn from practitioners and apply what you learned right away.

I went to a few conferences. I took a workshop from Mike McDerment, the founder of Freshbooks, called "How to build a Web app from A-Z.” I bought books and online courses.

And every time I learned something, I tried to apply it.

I started a podcast, called Product People, with my friend Kyle Fox.

Our objective was to learn from the best product people in the world.

It was through the show that I met folks like Nathan Barry, Sacha Greif, Brennan Dunn, Jarrod Drysdale, Rob Walling, and Paul Jarvis. They had all just self-published books. I thought I’d try it.

I decided to apply what I’d learned about content marketing, and write a small guide called Amplification. It was for the folks who listened to my podcast and had started reading my blog or newsletter.

I learned more from building, launching, and marketing that product than I did in 4 years of university.

And when the dust settled, I’d made $3,056. I’d figured out how to make something people would pay for. 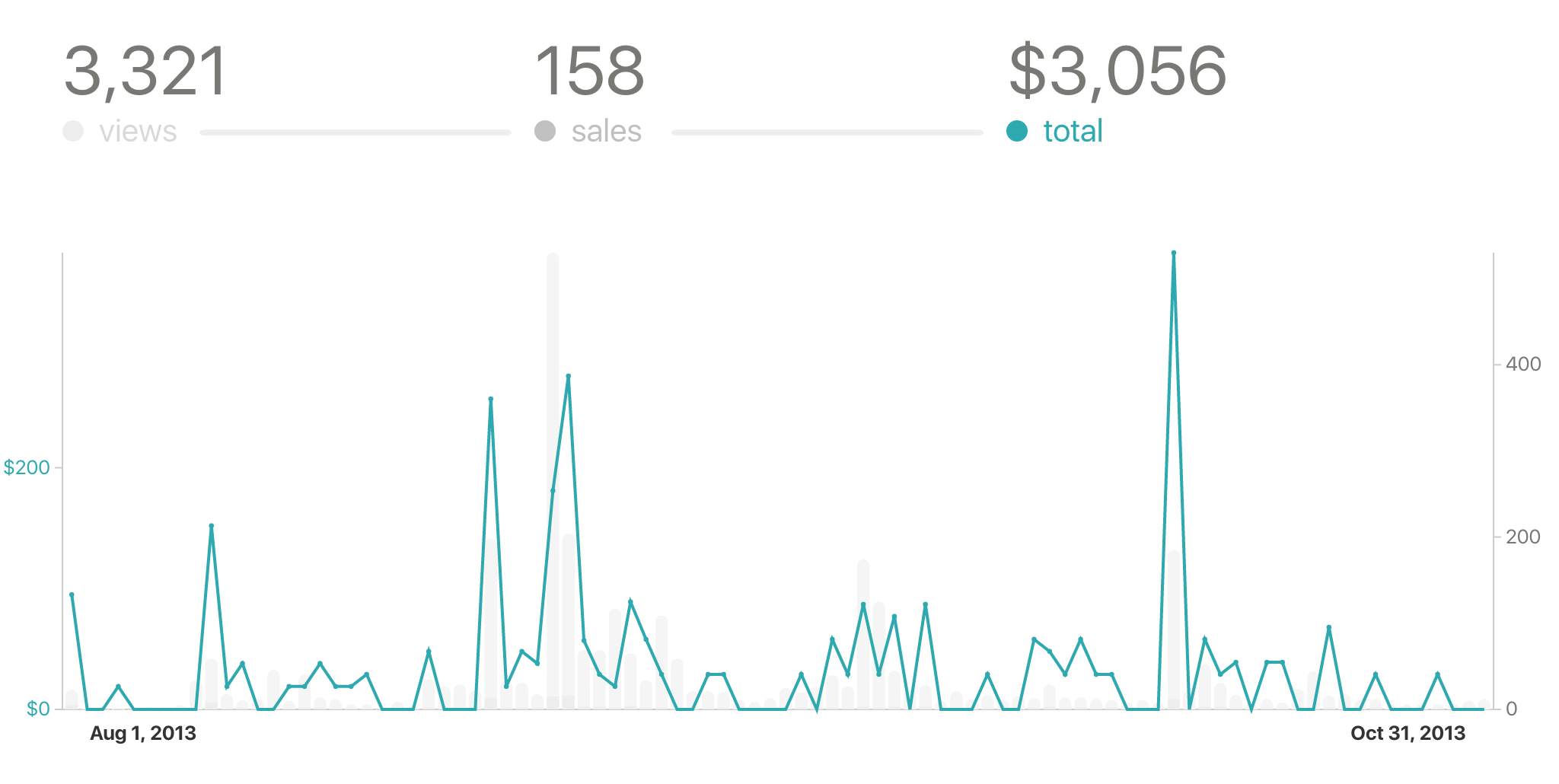 The key was Just in Time Learning.

One of the only things I do remember from my university is the concept of Just in Time Inventory. Instead of storing up a bunch of materials, and gradually using them over an extended period, you only order what you need right now.

The same applies to education.

The traditional model of university education is broken. You jam four years of knowledge into your head and hope you can retrieve it later when you need it. (Even worse, it will cost you at least $40,000 by the time you’re done).

Instead of getting a big education and trying to build a big product, it’s better to get a small education and launch something small.

What do I mean by a small education?

Learn from practitioners: people that can teach you real skills. These are folks who are putting new ideas into practice. Things change quickly. Practitioners stay sharp because they’re always practicing.

What do I mean by a small product?

You don’t need to start with a $1,000,0000 seed round. Instead, find a group of people you like and solve one of their problems.

Don’t start with complex technical solutions. Gregg showed me that some problems are best solved with a phone. Instead of building a web app first, maybe you should create an Excel spreadsheet, and try to sell that.

Want to learn how to create a product people will pay for? Don’t go to university. Learn from practitioners who are a few steps ahead of you.

Want to build a profitable business? Don’t start with a complicated idea. Build something small, and grow it’s complexity slowly.

These ideas are what motivated me to create Marketing for Developers.

I have a programmer friend who was so desperate to learn “the business side” of software that he went back to school. He already had his Comp Sci degree and went back for commerce.

But most business education sucks. Most professors are not skilled practitioners. They’re not in the trenches.

And I’m still not done learning and improving.

I wanted to take what I’ve learned and help the folks who are a few steps behind me.

I’ve been blown away by the response. Since I published the book a year ago, over 2,500 people have used Marketing for Developers to find an audience, launch a product, and grow their revenue.

I wanted to make it better. I wanted to be able to expand on ideas in the book, and give step-by-step instructions with video (as opposed to screenshots on a page). I wanted students to be able to fill out worksheets and send them to me so that I could give them feedback. I wanted a faster way to teach something I’d just learned.

And so, I made it into an interactive, online course.

It just launched yesterday, and it’s available now. (If you act fast, you can use this $50 coupon).

Thanks for reading,
Justin Jackson
@mijustin