Why geeks should speak

As a geek, there's one skill that's helped me level-up professionally more than anything else: public speaking.

Whether it's doing product demos, presenting an idea to my team, or being on a podcast, it's a skill I benefit from every day.

But the biggest opportunities have come from giving talks. 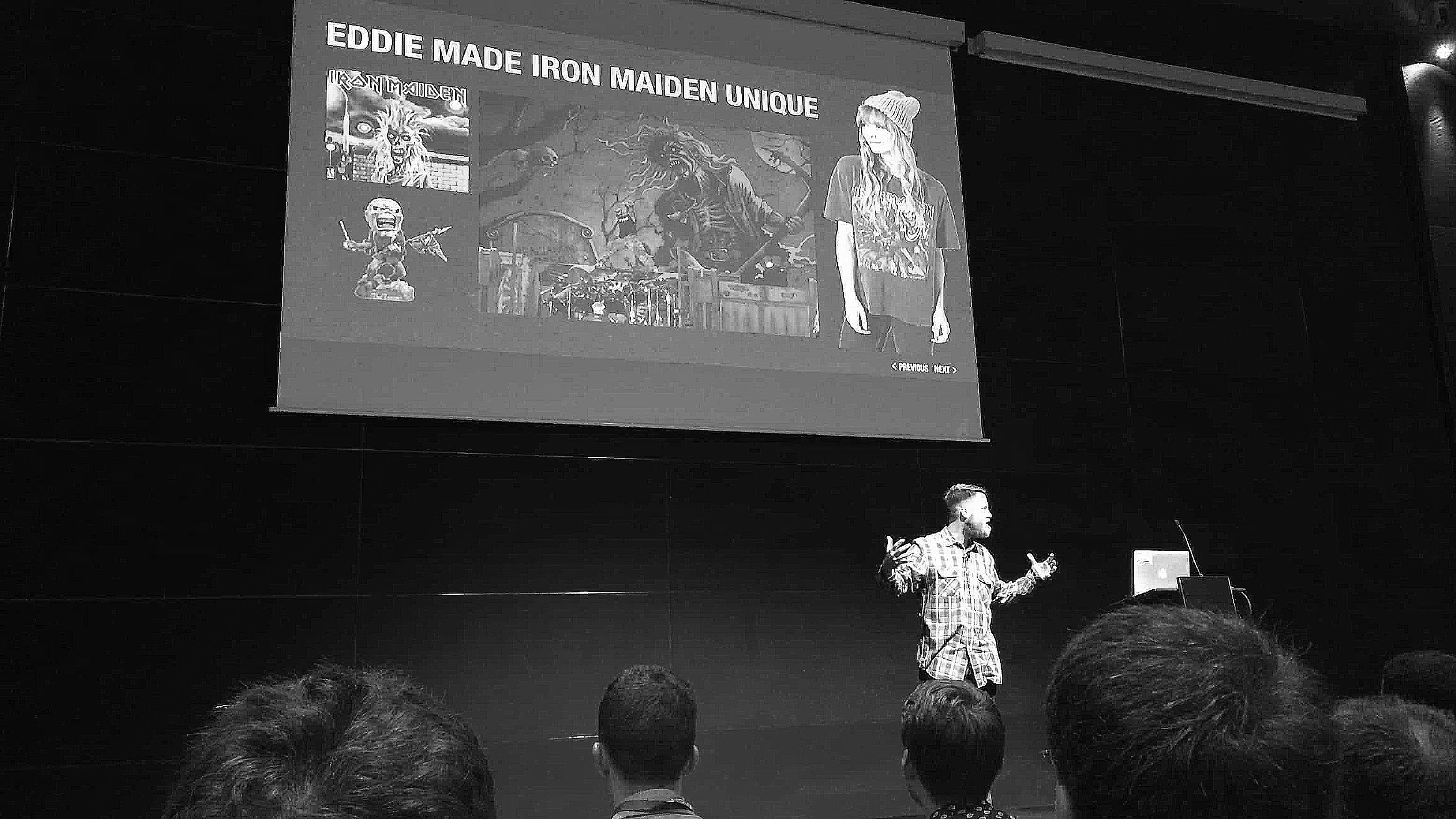 Speaking at events, both big and small, can provide significant benefits for people in tech.

Most conference organizers put on a special reception for the speakers. I remember attending a speaker's dinner in Barcelona. When I walked in the room, I was greeted by some of the most brilliant people in my niche; folks I had admired for years. I remember thinking: "Am I really sitting here, talking with these incredible people?"

The connections Jon and I have made through conferences have been a massive help with Transistor.fm. One contact saved us months of work when he introduced us to someone at Spotify's head office.

Likewise, Stephanie Hurlburt, a graphics engineer, says that public speaking has been a big sales channel for her company, Binomial:

If we just look at the ratio of effort to impact, speaking at conferences is huge. You get wide reach, PR, credibility boost, & lots of face-to-face time.

It pays for geeks to learn public speaking skills; whether you're looking to advance your career profile, or grow your company.

But how can you get from where you're at now, to standing on stage and giving a talk with confidence?

Let's talk about that.

First, let's deal with your nerves

For many, the idea of giving a talk is terrifying.

Lots of us geeks suffer from social anxiety. A majority of us are introverted.

There's a myth that public speaking is only for overconfident extroverts. It's not!

Everyone is awkward and nervous at first. It's something that improves with practice.

My friend Jason Charnes has General Anxiety Disorder, but that hasn't stopped him.

His first talk was at a Rails Conf. "During the lightning talks, they were having technical problems," he explains, "so they asked if anyone had a lightning talk they wanted to give that didn’t involve a computer."

Jason was scared, but he went up and gave a short talk about a topic he knew well: mental health.

"Being on stage reset my outlook public speaking," he said, "I realized I could do it."

Jason kept practicing. "The next event I spoke at only had 5 people in the audience, but they listened to what I had to say!" 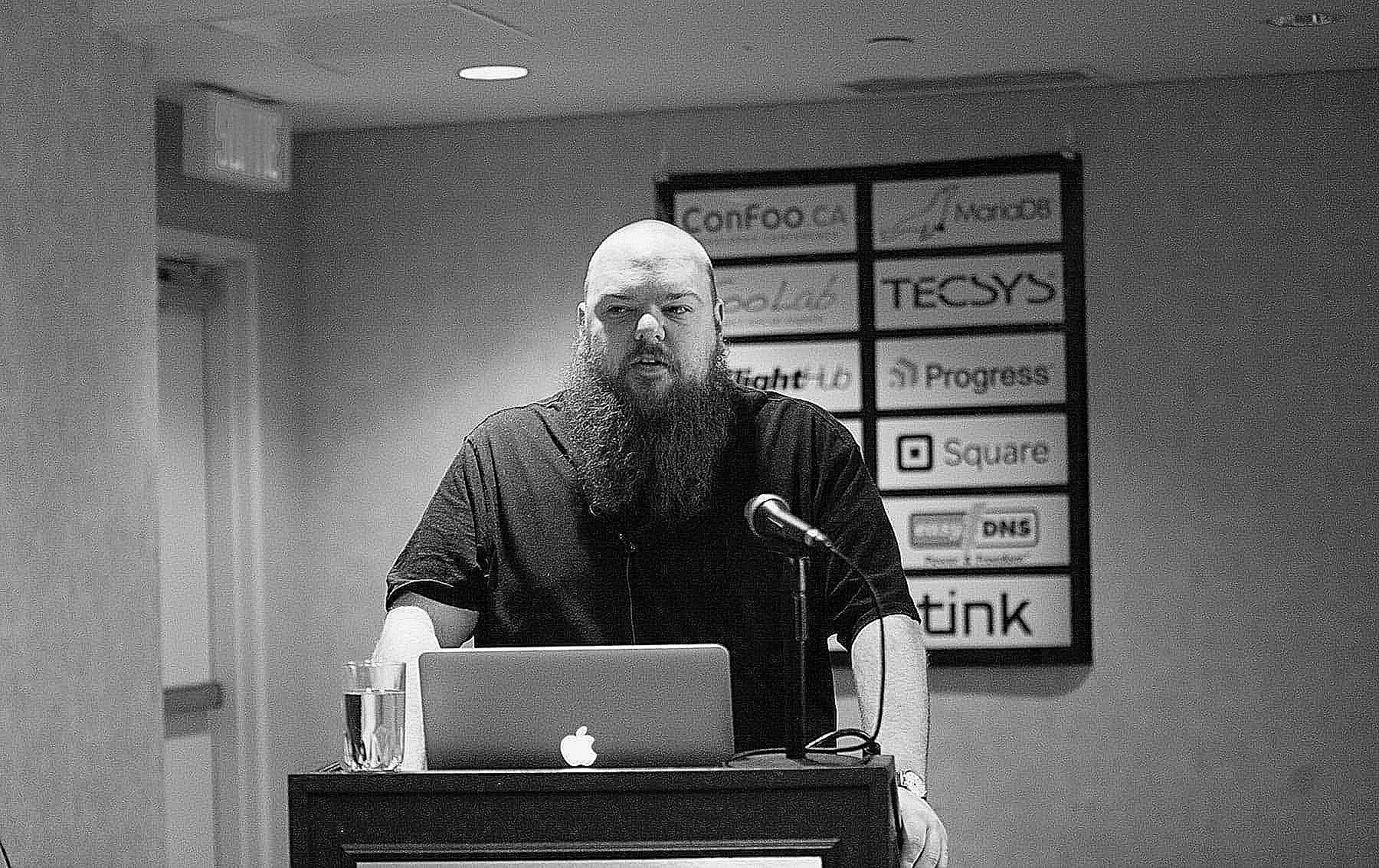 Since then he's spoken at over ten events, all over North America.

"I went from being terrified of being on a stage, to not getting enough of it."

Next, let's talk about the purpose of a conference talk

Talks serve different functions, depending on your role. Understanding what organizers and attendees want will help you better craft your pitch.

Organizers want people to buy tickets. Conference talks are the main event; they're the reason people attend. So organizers want topics and speakers that will draw bigger crowds. Ultimately, they want attendees to get value from the event (and come back next year).

Conference attendees are looking for talks that will teach them something new, entertain them, and motivate them to act when they get home.

Conference speakers have a variety of motivations. When you're preparing a talk, answer this question honestly:

The best place to start? Start now and start small. 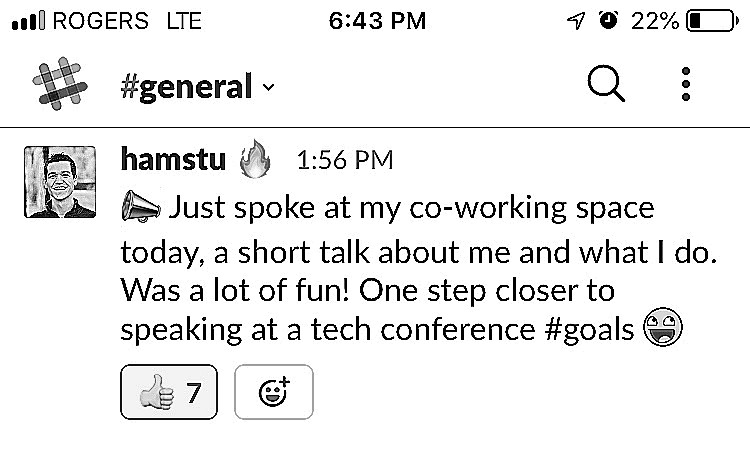 Demo a new product feature to your team. Give a talk to your coworking buddies about something you've learned lately. Do a livestream and explain how to accomplish a specific task.

These experiences will give you the practice you need to build a baseline of skills.

Here's a tip: record each talk on your phone. When I speak, I set my iPhone up on the side, pointed at the stage. Afterward, I review the video with people I trust.

Ready for something a bit bigger? Try speaking at a local meetup group. There are groups for Indie Hackers, WordPress folks, and Rubyists.

Looking for a way to start speaking at larger events?

Many conferences feature lightning talks, presented by attendees. Ideas are submitted before the event and are voted on by other conference-goers. This is how I first got on stage at MicroConf; I gave a 12-minute attendee talk in 2015!

The aim of all these activities is to improve gradually. Remember:

Every time you give a talk, you become a better speaker!