Here are a few of my thoughts on the podcast industry in 2021:

Podcasting has been growing "slow & steady" for a decade. 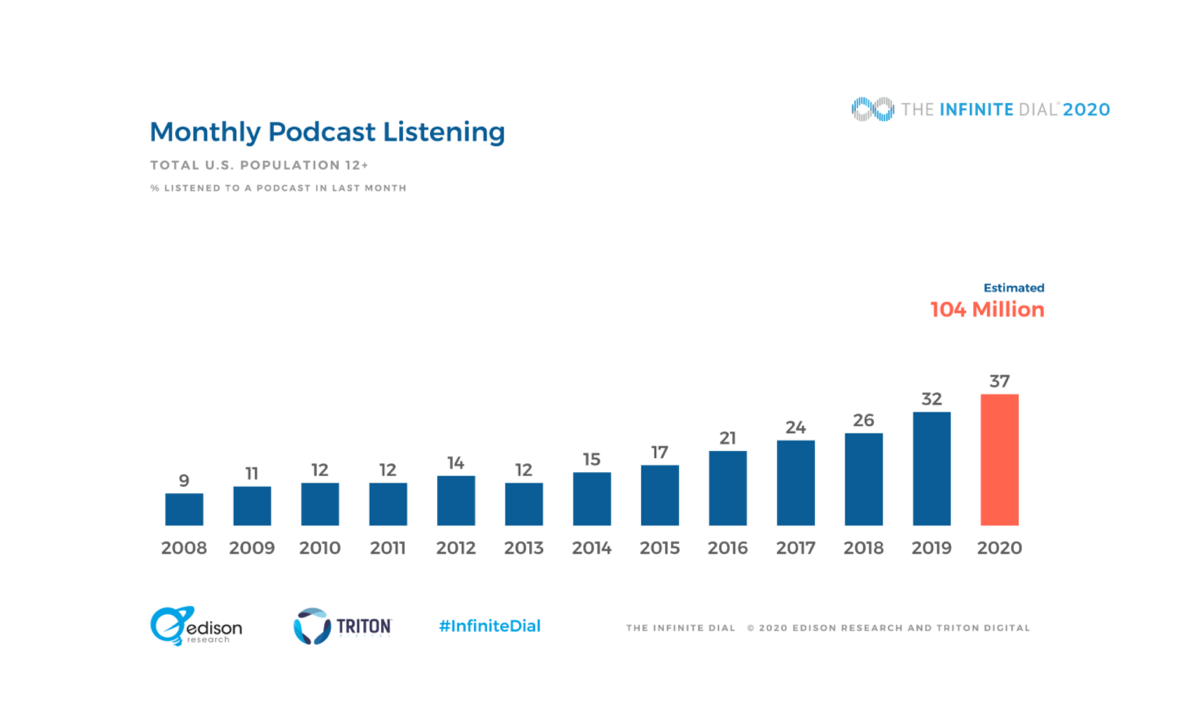 These numbers are healthy! But you'll notice, there's no meteoric growth here.

Personally, I like this gradual growth curve. It's sustainable and shows that podcasting isn't a flash-in-the-pan.

Plus, I strongly believe that steady ecosystems are better for creators. You can build a long-lasting, sustainable revenue stream. (As long as Big Money™ doesn't mess it up).

Investors are now looking to podcasting to provide them with YouTube-level returns. (For example, Sequoia earned a 57x return on its $9 million investment in YouTube).

However, I'm highly skeptical that podcasting is ever going to provide that kind of ROI. As I've shown above, podcasting's adoption curve is different than video, social, or blogging platforms.

The amount of money being invested into podcasting is puzzling. In the last 2 years, Spotify has spent $1 billion on podcast acquisitions.

I'm not the only one scratching their head at Spotify's podcast spending spree. Analysts at CITI aren't impressed:

"To date, we haven't seen a material positive inflection in app downloads or Premium subscriptions."

When investors pour $1 billion+ into a podcast ecosystem that didn’t have $1 billion in total revenue last year, that's a problem. They're hoping their money will add fuel to the fire, and supercharge podcasting's slow and steady growth.

But what happens if the growth, and the potential financial returns, don't materialize?

Overcapitalization occurs when the real value of an asset (or in this case, an ecosystem) is far less than what's been invested. It's when investors realize there's no possibility for a decent return, and they jump ship.

And overcapitalization has knock-on effects that won’t be good for podcasting:

Quibi is the perfect case study for overcapitalization. Founded by Jeffrey Katzenberg and Meg Whitman as a Netflix competitor, they quickly attracted funding and talent.

They ended up injecting $1.75 billion into the entertainment industry. But that kind of capitalization doesn’t do anyone any good if the business model isn't sustainable. Quibi failed and was sold off for less than $100 million.

Currently, podcasters have leverage because they own the connection with their audience. YouTubers don't have that. They're at the whim of the algorithm and monetization gods. 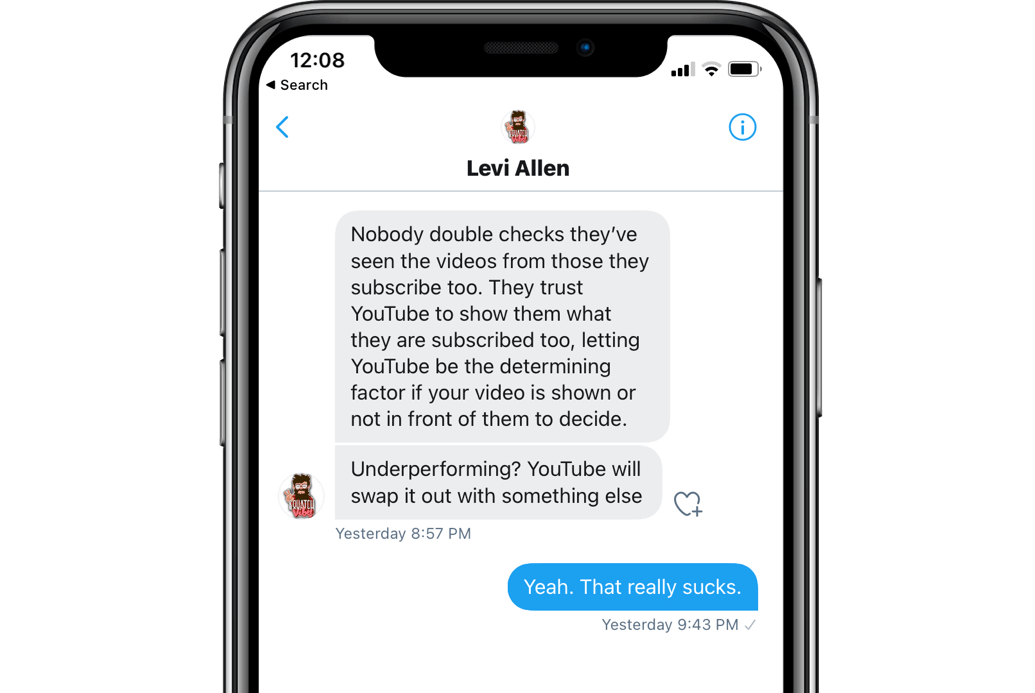 Trading leverage for "more distribution" is like making a deal with the devil. The devil always wins.

My friend Levi Allen is a super talented filmmaker, with nearly 160,000 subscribers to his YouTube channel. But the "recommended" videos on YouTube's front page are killing him. "These days, it doesn't matter how many subscribers you have," he told me, "most people are just looking at the recommended videos."

On these platforms, you can take your email list, RSS feed, and customer list anywhere. The connection with the audience is controlled by the creator. On YouTube, there's no way to migrate your subscribers to another video sharing site.

One ad marketplace to rule them all?

I'm not opposed to podcasters selling ads. But I am opposed to one centralized "AdSense for podcasting."

If podcasters have to depend on a central ad platform, they'll be giving away all their leverage in exchange for low CPMs and garbage ads dynamically inserted into their show.

(Additionally: Anchor's experiment in this space seems to be failing).

In their quest to find ways to exploit audio as a platform, many VCs have landed on Clubhouse. Clubhouse is a live audio streaming app, where participants join rooms and interact in real-time. 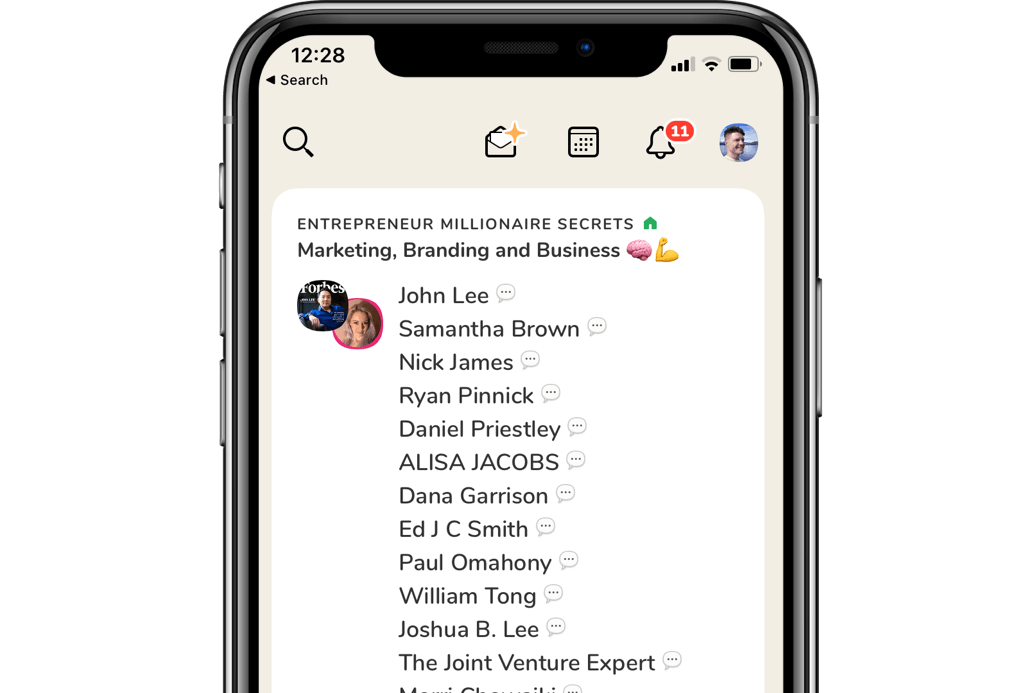 I enjoy conversations on Clubhouse and Twitter Spaces, but I think folks are too bullish on the format.

After participating in dozens of conversations, I’m still not convinced that social audio will replace (or significantly reduce) podcast listening. It’s less “audio entertainment” and more “networking/social event" (I think it competes more with meetups than podcasts).

I'm honestly confused by Clubhouse's 1 billion dollar valuation. I can't see social audio being widely adopted. In 2021, I see it being used primarily by early adopters, but not the general population. And, once the pandemic ends (and folks can meet IRL) I anticipate social audio app usage will diminish.

Already, we're seeing "Clubhouse burnout." Hosting a room takes hours of time to gain traction (sometimes as long as 6-8 hours!). As a listener, you can wait for hours to get a chance to speak or to garner any valuable insight or entertainment. Paradoxically: as more participants join a Clubhouse room the less opportunity for participation there is.

I'm not saying podcasting is perfect, or that it can't be improved. (When Jon and I started our company, the goal was to make it easier to publish a podcast).

But it's not broken either.

I was sitting on a ski lift with a guy who asked me what I do. "I’m in podcasting," I replied sheepishly. "No way!" he said, "I just discovered podcasts. I’ve been listening in my truck every day when I go to work."

How did he hear about podcasts?

Discovery is working. Sure, it's not easy to build an audience. But if you take the shortcut, and outsource discoverability to a central platform, you lose control.

The best approach is still to "make something so good people talk about it." Then, get scrappy and find opportunities to grow your show on your terms.

I believe that podcast listeners are one of the best audiences in the world. And I'm highly skeptical of any outside source who wants to take this audience and "juice it" to get better returns.