Older founders do this better

Jon and I didn't start working on our startup, Transistor, together until we were both in our late 30s.

Today, Transistor has made millions of dollars in revenue, and we’re both in our 40s.

There's a popular narrative in Silicon Valley that you have to be in your 20s to build a successful startup. (At a 2007 Stanford event, Mark Zuckerberg told the audience: "I want to stress the importance of being young and technical. Young people are just smarter.")

But the idea that "young people make better startup founders" is not always true!

According to research collected by Seth Stephens-Davidowitz for his book, “a sixty-year-old startup founder has a roughly three times higher chance of creating a valuable business than a thirty-year-old start-up founder.”

Researchers found that the average age of a business founder in the United States is 41.9 years old. They discovered that older founders consistently had higher probabilities of success, at least until the age of sixty.

In the paper that he cites, there's a fair amount of data that shows that older founders achieve better outcomes: 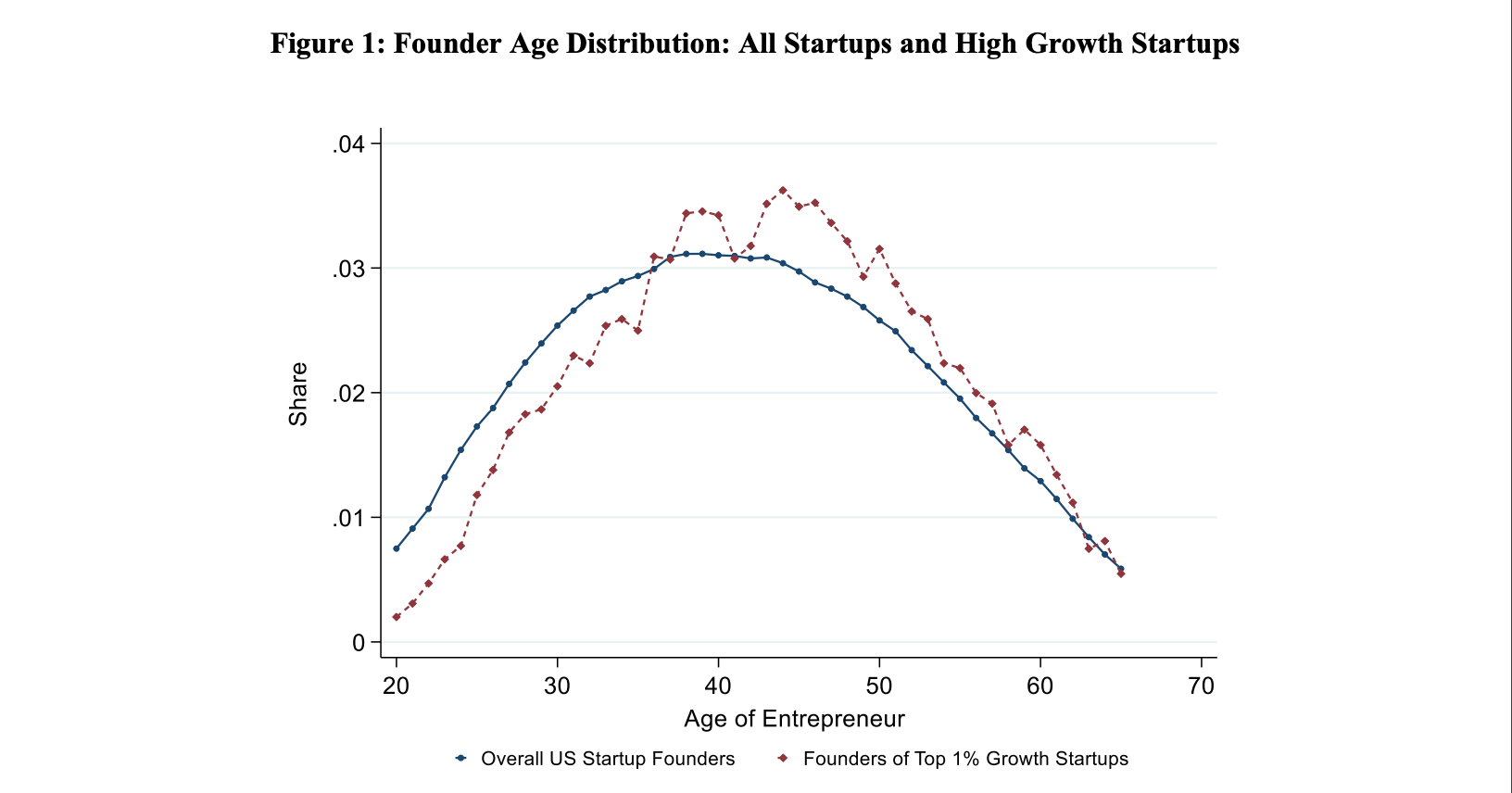 What's the secret? Why do older founders often fare better?

Folks in their 40s, 50s, and 60s have accumulated skills, work experience, intuition, connections, and financial resources. Older founders can "stack" these advantages when they launch their company.

In many cases, it's someone's personal network that makes the difference.

When we launched Transistor, "who we knew, and who knew us" was crucial. It helped us get a meeting at Spotify HQ (and early access to their podcasting directory), solve our CDN and database challenges, hire amazing people, and get our first 100 customers.

Entrepreneurs are roughly twice as likely to build an extremely successful company if they previously worked in the field in which they started the company.

Jon, my co-founder, had previously built the first version of Simplecast. I'd be in the podcasting space since 2012. We'd personally felt the challenges related to starting a podcast. We'd also seen the growing wave of demand from new podcasters, especially after the Serial and Startup podcasts came out. This understanding helped us build a simple product that people really loved.

In terms of self-funding a startup, many folks in their 40s-60s have accumulated a significant amount of savings, home equity, and investments that they can invest into the development of their product.

Jon and I each invested $5,000, and had main gigs that could fund Transistor's development (until we were ready to go full-time).

Many of our best insights (and business ideas) come from exploration and experiences. Older people have accumulated more of these!

Don't believe the cliche that "startups are only for young people." Assuming you invest in the right things, your chances for success only go up as you get older.