Today, Jon and I had a call with Jason Fried (the founder of Basecamp).

We'll be publishing the whole interview here, but this clip in particular really resonated with me:

Jason Fried: "We don't believe in backlogs. When you have backlogs, they make you feel guilty. It's a constant reminder of 'this is all the shit I haven't gotten to.' It's very unnerving and stressful."

Jon Buda: "Yeah, Justin and I ran into that. I was really anxious about our backlog and the number of things that we had on there. I was staring at this list of stuff being like: 'I don't know what to work on!' I was frozen."

Jon Buda: "So if there is no backlog... You obviously have ideas that are floating around in your head. How do you decide which ideas to pursue? Is it a matter of just seeing which ideas stick around long enough that they're worth pursuing?"

Jon Buda: "Ok, and if you just forget about those ideas, it's like: 'Well, whatever, they don't exist anyway?'"

Jason Fried: "Yeah, it's very unlikely that the only reason you'll remember that "amazing feature idea" is because you put it on a list right now. When it comes time to plan, you'll know which ideas to build because you use the product and you understand where you're going. You have a sense of what you want to do and what users are requesting."

Jason Fried: "Also: remember that things change through context. Your backlog could be six months old. That's the problem with backlogs: they're old!"

Ben Orenstein recently tweeted something that's in the same vein:

My new consulting engagement: you pay me $10,000 and I delete your project’s backlog while explaining that nothing of value has been lost.

Do you need to track bugs, todos, and feature ideas?

Jason and Ben are both advocating a different approach: you don't need to write that stuff down. Instead, you can trust that the really important stuff will stay top of mind.

"Good stuff usually bubbles to the top regardless." – DHH

I just went and looked at my backlog. It's filled with stuff I've been sitting on for months. Whenever I look at it, I see stuff to do, but I'm not motivated to do any of it. It's because this big wall of "stuff" is overwhelming.

So I just threw it out. 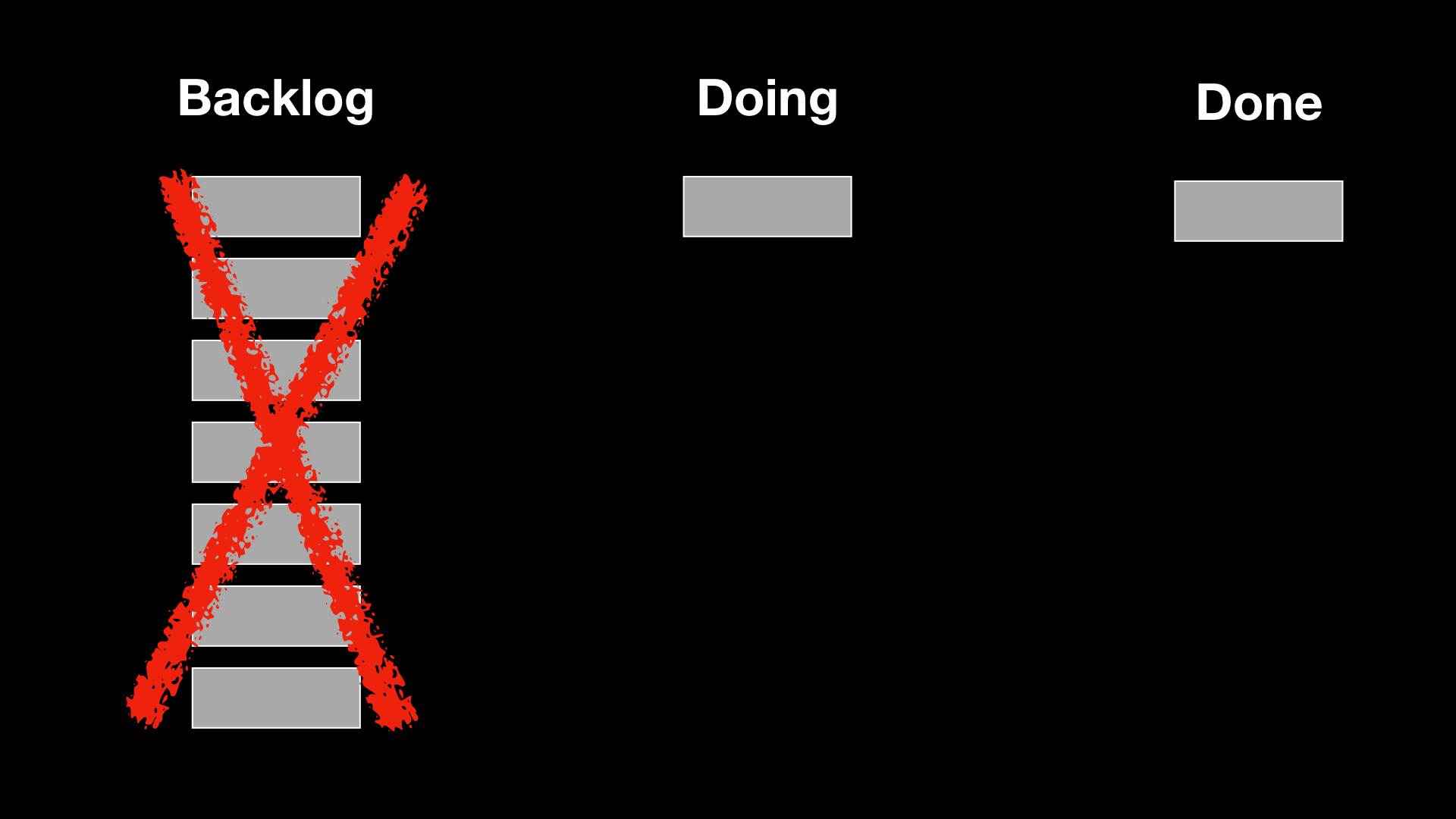 Instantly I felt lighter. Instead of one hundred things on my list, I have two or three. I'm motivated to get that stuff done.

In their new book, Shape Up, Basecamp is advocating for a different approach. Spend time shaping the work to be done before you start working on it.

Previously, Jon and I just had a giant todo list for our product (Transistor). Every day we'd wake up, and look at the long list of stuff to do, and try to pick away at it.

Now, we'd like to do it more the Basecamp way. We want to take the time to choose something worth working on. And then, we want to scope it so it takes no longer than six weeks to build. No backlogs necessary.

We'll try it out, and I'll report back in six months to tell you how it went.