As creators, there's a temptation to seek out our heroes and ask them how they achieved their success. We think if we follow their instructions, we'll be able to reproduce their winning magic.

But it doesn't work that way.

Being successful isn't a game of "follow the leader." Here are three reasons you shouldn't try to replicate your heroes' success:

1. Your heroes have forgotten what it was like before they achieved their success.

People tend to romanticize their own motivations and histories. They value what matters to them now, and forget what really mattered to them when they started. - Jason Fried, Inc Magazine

It's common for successful people to share "their secret to success" on podcasts, blog posts, and interviews. The problem is that their perspective has changed. 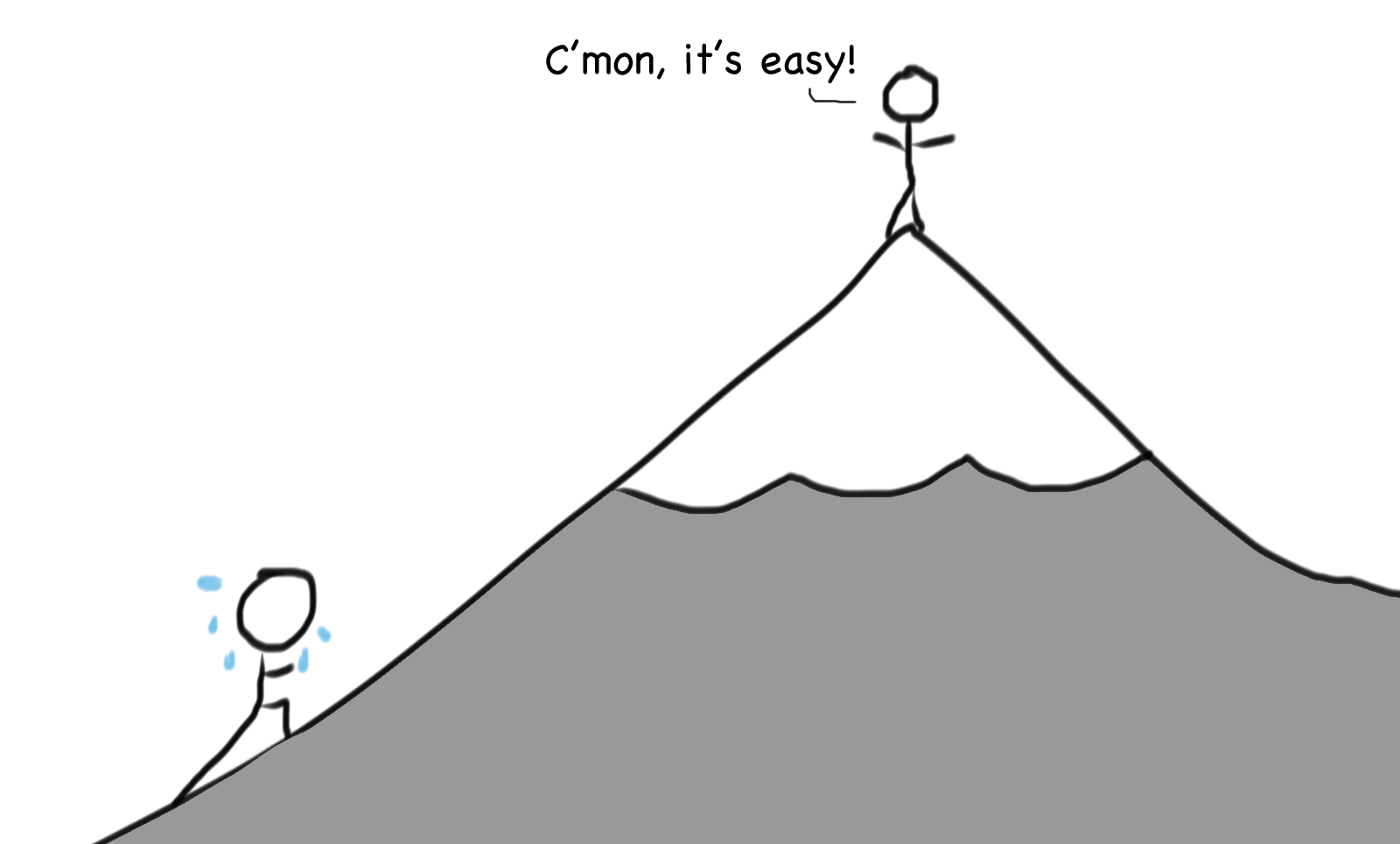 When you're resting at the top of the mountain, the climb doesn't seem as hard. You know you can make it (because you just made it). But the person gripping to the cliff-face, terrified for his life, doesn't know if he's going to make it. He's in the struggle.

2. Things have changed since your heroes succeeded

Taking my mountain climber analogy further: the path may have changed since your hero made it to the top. What worked for her might not work for the next person making the trip.

The person at the top might shout down instructions:

"Just take the trail on the right!"

But what your hero doesn't know is that the trail has eroded with time. What got her to the top won't get you there. You need to find your own way.

Advice, like fruit, is best when it’s fresh. But advice quickly decays, and 15 year-old advice is bound to be radioactive. Just because you did something a long time ago doesn’t mean you’re qualified to talk about it today. - Jason Fried

Also: the timing of a business plays a big part in its success.

If you wanted to start a successful software company today, you wouldn't want to follow Bill Gates' playbook. Creating a new desktop operating system, and an expensive office suite of applications to run on top of it, won't work in 2015. It worked for him in the '80s and '90s, but that was a different time.

What got them there isn't what's going to get you there.

There's also a good chance that they don't know how they achieved their success. Mic Wright reports on Slack for The Next Web:

Butterfield confessed that he doesn’t exactly know why Slack has succeeded: “I get in trouble with my PR team for saying this. But I have no fucking idea.”

I've quoted Jason Fried a few times in this piece. He's one of my heroes. Many of us in the software business admire how he and David Heinemeier Hansson bootstrapped Basecamp into the success it is today. Further, Jason is one of my favorite writers, and one of my original inspirations to start blogging.

But Jason and I are entirely different people. He's an introvert; I'm an extrovert. Jason grew up in Chicago; I grew up in Stony Plain. He's 40; I'm 34. He loves cars, and I like bicycles.

If I tried to be Jason, it would be like wearing an ill-fitting suit.

On a Reddit AMA, Dan Tao asked Jason this question:

Do you think it's reasonable for someone with a full-time job and a family to start a small business on the side, without negatively impacting their performance at work or the quality of their family life?

I'm the wrong person to give advice on this since I started my businesses when I was a single idiot.

We need to accept our individuality. Embrace how you're different; you'll create great things out of your uniqueness.

Define your own success

I think it's good to be inspired by others. It's also helpful to learn from the experience of others.

Most people looking for success try to emulate someone who has already been successful. - Kevin Kelly, XOXO

Sacha Greif introduced me to the concept of survivorship bias. When our culture only talks about these winners, we're not getting all the information. The losers have a lot to teach us about what doesn't work, and what to avoid. Even more: we might discover that there's a lot of similarities between the winners and losers, and there are other elements (like timing and chance) that affect success more than we'd like to admit.

A stupid decision that works out well becomes a brilliant decision in hindsight. - Daniel Kahneman, Thinking Fast and Slow

The whole point is you shouldn't try to emulate other people's success. You're a unique person, in a single context, at this time in history.

The tried and tested route is not always the best path to success. Thinking differently can open up great opportunities and possibilities. - Richard Branson, Virgin

Forge your own path!