You've created the best product possible. It meets a legitimate need. But how are you going to get it to market?

Many believe that they can grow a user base "organically." The definition of what is organic growth (and what is not) is a bit muddy. But the truth is, sending a tweet to a few hundred followers is not going to cut it.

Focusing your marketing on your own small following is like hooking your business to a small steam engine.

If you've built a high quality product, you need to hook it up to the fastest engine possible: an engine that's able to connect you to the right markets.

That's what Josh Pigford, of Baremetrics, did when he hooked up with Buffer.

Josh had a product that provided SaaS applications with an automatic revenue dashboard. Buffer had built a huge audience through their content marketing efforts (they have over 1 million users, and 240,000 followers on Twitter).

Josh offered Buffer something they needed: a new content marketing opportunity. Using Josh's app, Buffer was able to make their revenue metrics public: buffer.baremetrics.io. This provided great PR (and growth) for both parties.

In the 7 days following the Buffer partnership, Josh increased the number of paying customers for Baremetrics by 27%.

Piggyback off another audience

Here's another way to think about it: did your parents ever give you piggyback rides? Getting a piggyback is super helpful if you're a toddler, and you're going on a big hike. On your parents' shoulders you could cover way more distance than you could on your own.

The same is true for apps.

Parneet Gosal described this on PSFK:

On launch day, Twitter creator Jack Dorsey tweeted about it to his million+ followers. But having influential friends who know about your new service isn’t enough. Instagram’s open social network and integration with other social sites has gone a long way in making it popular. Users could share their Instagram photos on Facebook, Twitter and Flickr. 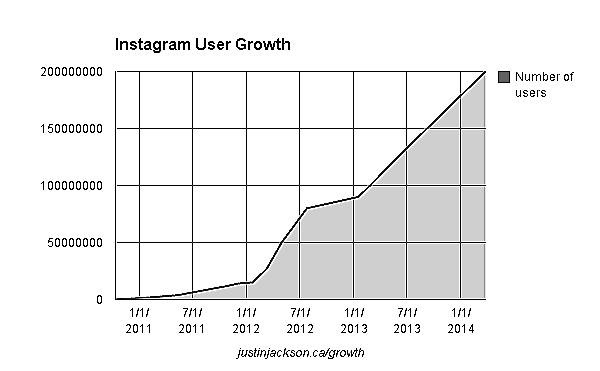 "We understand that there's great value associated with Twitter's follow graph data, and we can confirm that it is no longer available within Instagram" - Twitter spokesperson, Carolyn Penner, July 2012

This a piggybacking: you integrate with a platform where users already have social connections, and import those connections into your app. 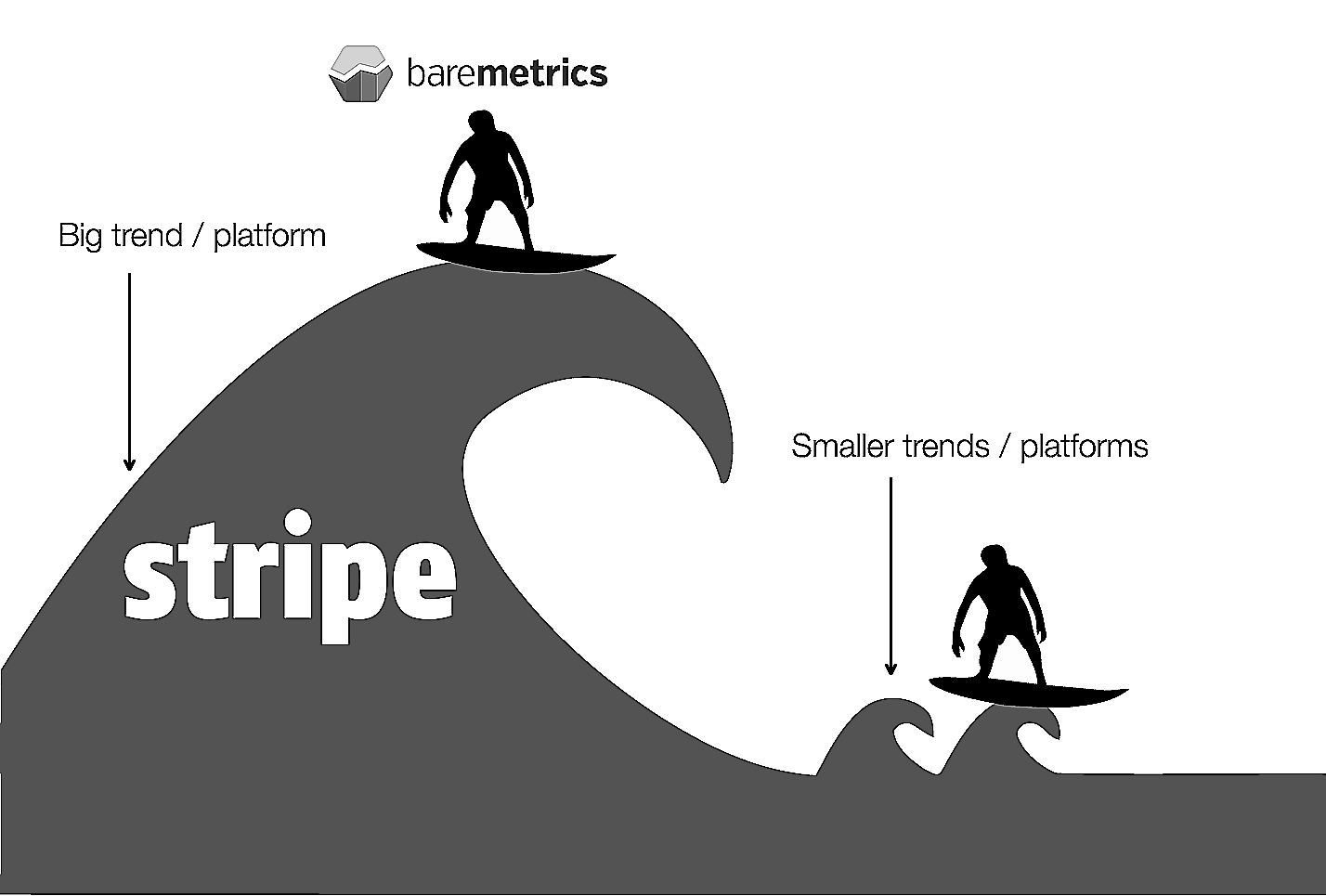 The other thing that likely helped Baremetrics, was that Josh caught a "big wave"; in this case the popularity of the Stripe platform.

A big wave is a big trend or platform that comes rolling in like a giant swell. Stripe bubbled up in the developer community, and eventually turned into a tsunami: it became the tool of choice for integrating payments into your web application.

Focusing specifically on Stripe, allowed Josh to connect with the thousands of developers who were excited about that ecosystem. Yes, PayPal might have more users, but Stripe has momentum. You need the right timing to connect with a big wave; if you miss your window, the wave will be much smaller. There's lots of people that launched Baremetrics copycats after Josh, but they haven't had near the same traction.

The key is to catch the wave while you can. Eventually, the surge will subside, and that channel will no longer be valuable. My friend Kyle Fox put it this way:

It really is like a wave: you want to get on while it's peaking. But only expect to ride it so far. Then, paddle out and catch another.

Three things you can try

1. Find a speed train: these are the influencers in your industry. Look for the personalities (or brands) that have already built an audience. Hook your freight car to their engine: offer a partnership that benefits both parties.

2. Piggyback on an existing community: find platforms (especially those with some sort of social graph) that you could build integrations with. These integrations should allow users to easily import their existing connections from their address book, or friends list.

3. Catch the big waves: always be researching your niche. Be aware of trends that are building momentum. Take note of what people are talking about at industry events, in forums, and on social media. Observe and react to trends in timely manner! If you're too late, you might miss the wave.

I hope this is helpful!

PS: I originally published this to my email newsletter. You can subscribe here: