In early 2018, Jon Buda and I became partners in Transistor.fm, a new podcast hosting platform.

When we officially launched on August 1, 2018, we didn't know what would happen. We thought it might take 60 months to get to $20k in monthly recurring revenue. It ended up achieving that goal in 11.5 months.

Now is a good time to pause and take a breath. This whole journey has been a whirlwind: how does it feel to be here?

Jon Buda and I met in Portland, at the XOXO Festival, in 2014. We were both into podcasting: Jon had built an early podcast hosting tool, and I had a podcast. We ended up hanging out quite a bit that week. In the following years, we met up numerous times and even built a few small projects together.

Fast forward to 2017. Jon was working for Cards Against Humanity. They were about to launch a new podcast, and he was building a tool on the side (called Transistor) for them to use. We started talking about the idea of us teaming up and launching it to the public together.

We signed the partnership documents in February of 2018. That month we also made our first bit of revenue: $33.

Jon kept his full-time job and worked nights and weekends. I switched most of my focus to Transistor: doing marketing, inviting beta users, writing docs, and doing customer support.

How fast did we grow?

From the day we launched, we had nine months where MRR grew an average of 29% every month. This was faster than we expected.

Growth slowed during the summer, but now in the fall, we've bounced back. Currently, MRR is growing at 15% month-over-month.

Peldi once described the launch of Balsamiq this way:

"It was like holding on to a rocket ship by my fingernails."

When he announced his wireframing software, it was as if thousands of people had been waiting for it. In his Indie Hackers interview he said:

"About eight months after launch, I had 3,000 customers. In the first six months of 2008, I generated about $165,000. It basically blew up in my face. Talk about product-market fit. It really sold itself from the beginning."

I've been working in the software business since 2008. Before that, I worked in the snowboard industry for seven years. I've watched hundreds of product launches. From what I've observed, what causes some products to grow revenue faster than others?

Revenue growth depends on how many people want what you're selling, how easy they are to reach, and how much they want to spend. The most crucial factor here is customer demand.

I realize this might sound trite. After all, don't most folks understand that?

Maybe. It feels like we understand it in a "common sense" way, but don't always act accordingly.

In my senior year of high school, my friend and I put on a rave in our hometown. When we opened the doors, hundreds of kids were lined up, ready to experience their first rave. They'd heard about these all-night dance parties but hadn't been able to go to a bigger city to experience them. There was pent-up demand for what we were offering; tickets sold out.

The following year, my partner and I had been watching "Battle of the Year" videos on VHS, and we decided to hold a giant breakdance battle. We only sold a handful of tickets and ended up losing money.

What was the difference? Customer demand.

Like Balsamiq's launch, my rave was a product people were willing to line up for. But the second time, demand wasn't there.

For Transistor, and really for any product, we'll continue to grow as long as there are more people who want to buy it from us.

For most of the 80s and 90s, millions of people wanted to buy computers from Compaq. A 1996 Fortune headline read:

"With CEO Eckhard Pfeiffer at the wheel, Compaq is passing other PC makers. The future's so bright he has to wear shades."

But by the 2000s, slowing demand for PCs and competition from Dell caused Compaq's growth to stagnate. HP acquired them in 2002.

I realize that $30k / month doesn't mean much on the "Silicon Valley scale." Heck, just paying a salary, employment taxes, and benefits for a single developer in San Francisco can run you over $30k / month.

But, for bootstrappers like Jon and I, this is a big deal. Outside of the Bay Area, $30k gives you a lot of mileage.

For us personally, this new milestone means we've built a business that can support our basic needs. Since July, we've both been working on Transistor full-time. 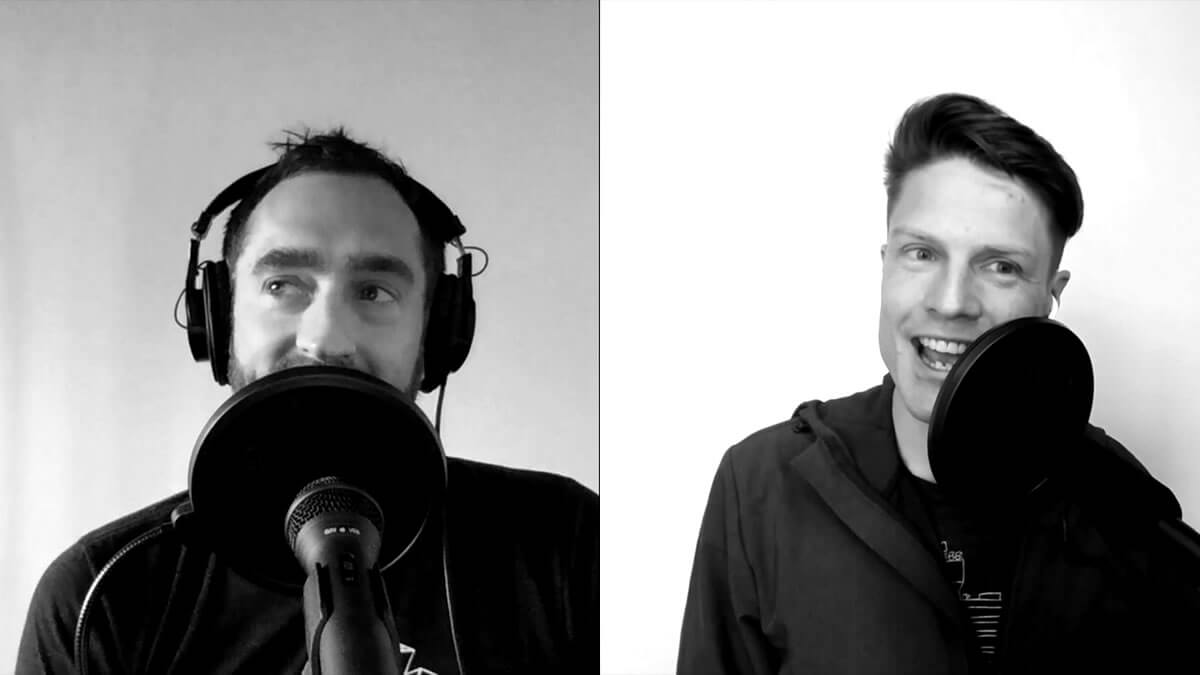 Each month, we set aside roughly 50% of revenue for salaries. This month, the math will look like this:

I'm making less with Transistor than I have in the past, but the predictability of revenue has given me enormous peace.

Since I quit my job in 2014 to do consulting (and then products), my income hasn't been steady. Some months, I'd have a huge windfall, and others, I'd make almost nothing.

I was in a constant cycle of having to launch something new (or find another client); mostly, because I needed the money. There were definitely some months, where I was frantically looking for new ways to earn revenue.

"Justin, right now you're as relaxed as I've ever seen you." – Courtland Allan, Indie Hackers

For the first time, in a long time, I feel calm.

Enjoy it while you can, kid

Jason Cohen once told me that "if you're running a company, you should be having fun." The underlying message being: this is hard. Starting a product, growing it; it's all hard.

Likewise, Jason Fried had this sobering message on the Presentable podcast:

"This is the other thing people don't talk enough about: business only gets harder. It doesn't get easier. You hire more and more people and deal with more and more competition. If you're successful more people trying to take you down. Sometimes entrepreneurs think it's going to get easier because they're going to get more revenue and be more successful, but that puts different pressures on you. Business is hard and it only gets harder."

So right now, I'm going to be thankful.

Even if this all blows up tomorrow, I'm going to be thankful because I've enjoyed the journey from the beginning.

I'll be able to look back at this moment and think: "Building Transistor with Jon, and helping all those customers get their audio out into the world, that was worth it."

To be here, doing work I enjoy, with someone I respect, for customers I like, and to be earning a living from; this is an incredible opportunity. And I'm thankful for it.

PS: Need a place to host your podcast? We'd love to have you as a customer.